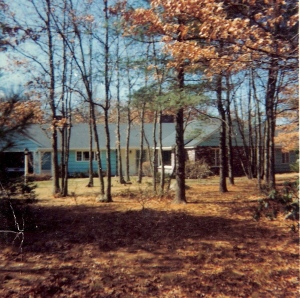 The new century has not been kind to us.  In 2001 Barbara passed away from Cancer at the age of 60.  In 2003 my father had passed away from Alzheimer’s at the age of 89.  In 2005 Elinor passed away, in 2006 my mother passed away at the age of 89, and in 2008 Karen’s brother, Fr. James F. Edmiston, OFM, PhD. passed away suddenly from coronary artery disease at the age of 53.  Only Janis and I remain of my original family.  And then with the start of the second decade of this century, the home of my youth had finally been sold and Karen and I would be allowed to enter and collect what little was left.

This was the last time I would ever be allowed to enter this wonderful home and I knew it.  Elinor had made a clear statement in her last Will that surprised even her own daughters.  Leslye would say repeatedly that ‘I never really knew my own mother, that she would do something like this.’  Elinor had finally made a public statement through her last Will that she never considered her husband’s children part of her family.  We had felt the hostility through the years but had never suspected that she would do something so terrible.  Along with this home, she gave what was left of my father’s entire fortune to charity and to her daughters.  In the words of their lawyer they were allowing us to have a few things from the house only ‘out of the kindness of their hearts.’  My father would not have been pleased but he died first and his wife cou 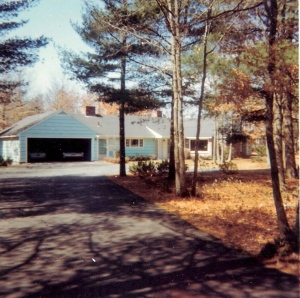 ld do what she wanted.  This would be my one and only trip for these things and I would be limited to only what could fit in the car.  Karen and I would do the best we could in the time we were allowed.

There was still a familiarity when we pulled in and parked the car in front of the garage.  The grass that I had mowed so often as a teenager and the driveway I had swept as one of my chores, all seemed so real and so current to me.  The garage door opened with that same squeaky sound I had known for 50 years and out came Leslye and her husband to supervise the loading of the car.

Just entering the kitchen I could feel and smell it.  Not the musty smell from years of neglect while the house was for sale, but those many meals that were cooked here.  I could feel the bustling of dozens of people around a holiday meal with the loud chatter everywhere.  From there into the dining room the feeling continued.  The Hitchcock table and chairs, now gone, where so many meals were eaten and so many stories told, seemed to still be alive.  My father sat at the head of the table, I sat on his left, then my mother, then Janis, and then Barbara.  Elinor sat in my mother’s chair and then Donna and Leslye for the brief time that they lived there.  This was the place where meals were eaten quickly and stories were told at great length.  Even the antique dinner bell had now been removed.

The carpet was dirty from scores of prospective buyers and various scavengers who couldn’t wait to find things of value.  No one searched for memories; no one had lived there long enough to have any.  Of all the children, I had lived there the longest and I carried the history, the memories, and the stories.  I ventured out into the workshop just to see.  The sawdust was still on the floor, and an old step stool I had made when I was 6 was lying on its side seemingly discarded.  All of the woodworking tools had been taken and only a few of the handmade cabinets remained.  The room was filled with memories and love, but little else.

I couldn’t stay there for too long.  My continual deep breaths were now less effective than I had hoped.  I needed to keep myself together long enough to pack the car and leave.  So I continued through the house into the living room.  This massive 45’ x 45’ room seemed smaller, the ceilings lower, and the fireplace was now gas logs.  Gone were the baby grand piano, the organ, and most of the furniture.  The McIntosh stereo components that I was to have were partially disassembled and waiting for me to load.  Hundreds of records and tapes from so many years ago were now simply stacked in haphazard piles as commodities that had to be removed.  Gone were the hopes of hearing Chopin on this magnificent sound system.

The task of loading everything went slowly.  There was limited room in the car but so many memories to pack.  When the things in the living room had been packed, we all went from room to room to make sure there were no memories left behind.  I knew it didn’t matter, the car was full, but I had to experience it one more time.  The bathroom on the left was where my sisters and I had fought for who would get the first shower and it was where I got a rabies shot when I had been bitten by a dog on Allen Street.  On the right was my old bedroom, since converted to a den and TV room.  Gone were the wallpaper and my little boy furniture, but still there was my mother tending to her sick son through all of his childhood diseases.  The trees that had caused all those scary moonlit shadows had grown much taller outside these bedroom windows but that little boy could still see them.

Further down the hall on left was Janis’ room.  It had been her room for 5 years before she went off to school.  I stood quietly and wondered if she had done the same and remembered those years there so long ago.  It was since converted into a guest room with different furniture and carpet, but there was no mistake that it was her room.  It had the only window that looked over my fathers rose garden adjacent to the back patio.  Across the hall was the master bedroom.  This was a room that I never envisioned that I could occupy.  It had a forbidden quality to it that parents in the 1950’s made sure their children appreciated.  But I could faintly hear my father snoring as I crept by after a Friday night date.  The back hallway bathroom had been incorporated into the master suite after a major remodel upgrade so the hallway took on a darker, colder feel than it once had.

The hallway emptied into the area called the back-end.  The laundry area had new appliances but the shelving and cupboards were the same.  The main room now had my father’s desk and chair from where he retired.  No one knew the meaning of these things, no had ever seen them before.  The old glass faced bookshelf now contained stacks of things that other family members had claimed and were no longer available to me.  Along side were original high school certificates in my grand parents names.  Things of real value were not sought after by this family, only things with perceived commercial value.  I was only interested in things that had memories attached, not perceived price tags.

The last room was my father’s office and also served as my room while I was at Tabor and through college.  It was the room I had picked when I came home from military school.  It had a desk my father had made by hand and a twin bed but it was where I had lived.  And now it was empty.  All of the scavengers before me had identified a need for each of the items there.  None of them knowing what the items meant, none caring.

We proceeded out to the large patio where so much of my life had been.  The small utility shed that I had built in the 1960’s was still there but the oak trees that held the three copper pipes were lost to a hurricane years before.  I could still hear that unmistakable ‘ping’ after every BB hit one.  The redwood benches were still there and of course the large grill.  This grill had cooked thousands of meals in winter and summer over a 50-year period.  Originally it was wood fired, then charcoal briquettes, and then finally gas.  But it was always the focal point of every summer gathering no matter how many the guests.  The summer tables, chairs, and even the prized rose garden were now gone.  But I could still smell the grass as if I had just mowed it, the steak as it cooked over the flame, and the sweet and beautiful roses.

It was time to go.  I was having serious difficulty holding it together.  Back in the living room I noticed that my fathers favorite leather chair was now gone.  The barometer that I had helped make in the workshop was removed from the wall to someone else’s house.  The beautiful round solid walnut coffee table was gone.  The cedar lined front closet was empty save the original wooden hangers that once held my mothers fur coats.  Even the liquor cabinet that held the bourbon that fueled so many business discussions and the cocktail parties of the 1950s was now empty.  It was time to go.  All I could do now was shake my head at the waste of it all.  This was not just a house to be sold to someone who had the money.  This was a home that held thousands of memories for dozens of families.  This was a home to a once proud family that was now sacrificed to the Will of a disgruntled stepmother.  This was a home that would forever miss the welcoming smile of the only family that had ever lived here.

And so, after one more long look, and another with damp eyes closed, we left.

The author of "Uphill Both Ways," a thought provoking series of stories about life, family, and growing up.
View all posts by J T Weaver →
This entry was posted in Storytelling and tagged character, childhood, family, inspiration, Life, memoir, non-fiction, parents, perseverance, Storytelling, tragedy, WPlongform. Bookmark the permalink.